It’s been so long since I did a post centering around foreign dramas. I did a post of Top 11 Korean Dramas and then promptly forgot to do any similar posts. I’m amazed I wrote that post in March of 2017, so over a year ago. Wow, how time flies. Anyway, I thought I’d continue the series by sharing my favorite dramas from different countries. And today we have Chinese.

The one thing about Chinese dramas is that they are absolutely beautiful, though their character development is often rather poor and their plots can be a bit slow. Also, China seems obsessed with sad endings to dramas. Why you make me cry, China? So I’ll also be mentioning whether the ending is happy or sad, because I know a lot of people want a happy ending (so do I usually).

Also, since many of these dramas are vastly different in genre and strengths, this list will be in no particular order.

Set in Revolutionary Era China (circa. 1912), this drama follows a wealthy young man who falls in love with a young woman and she is forced to marry him. Most of the story revolves around her slowly falling in love with him, the deterioration of China due to war, and the drama with their families. It’s probably the most serious drama on this list. Usually, I prefer slightly happier dramas, but Elvis Han and Sun Yi do such amazing jobs as the main actors and the costumes are simply beautiful, so I couldn’t help but put this on the list. 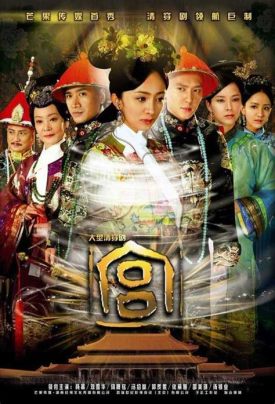 This is the first Chinese drama I ever watched, and remains one of my favorites. Set during the Qing Dynasty, it follows a modern girl who gets transported back in time and must navigate the dangers of court life in the emperor’s palace. She also finds herself within a love triangle with the fourth prince and the eighth prince. The first half of this drama is pretty comedic, but the second half is much more serious. It stars Yang Mi (one of my favorite Chinese actresses…we’ll see her later on this list) and Feng Shaofeng. There’s also a sequel, but it was horrible and I wouldn’t recommend it. And, surprisingly, this one has a happy ending!

This series is set in 1930s Shanghai, when drug lords and night clubs ruled the city. When Rong Jinxiu’s (played by Joe Chen) parents are murdered and her house burned down, she travels to Shanghai to discover the truth, getting caught up with mob boss Zuo Zhen (Huang Xiaoming) and other dangers. While Jinxiu is a bit sweet for my taste, the drama is one of the few I did not fast-forward a bunch, because the plot it surprisingly tightly written and the ending is pleasantly satisfying. 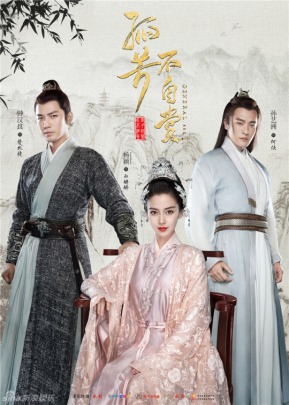 This historical series follows brilliant strategist Bai Pingting (played by the beautiful Angelababy) and war general Chu Beijie (Wallace Chung) as they fall in love but are caught between two kingdoms which are fighting. It’s got amazing acting, beautiful costumes, and incredible fight scenes. It is quite long, however, and gets a bit boring in the middle. However, the ending was simply perfect!

This comedy romance is pretty much the quintessential Cinderella story. You’ve got a wealthy rich heir (the boss) who falls in love with a young impoverished girl (the me). But this drama is anything but typical. The heir, Feng Teng (Hans Zhang), literally hires the girl, Shan Shan (Zhao Liying), just because she can be a blood donor to his sister, who has a rare blood type. He also tries to fatten her up because she loves eating, and many other hilarious things happen. It’ a fun, light drama compared to the majority on this list.

Feng Xin’er (Tiffany Tang) is a beloved princess during the Northern and Southern Dynasties (circa. 420-589) whose family is brutally murdered and she escapes to Northern Wei, becoming entangled with two of the princes there. It follows the power struggles within court and bloody war. It’s a fascinating drama, and though the romance isn’t my favorite, the acting is great and so are the costumes. Also, technically the ending is partially happy, as they do defeat the bad guy but then one of them dies. It’s not a horrible ending, but a bit sad.

This drama is one of the most beautiful TV shows I’ve ever watched. Set in a fantasy world of ice and fire, it follows the two princes of the Ice Tribe as they fight to protect their kingdom and overcome their inner demons. It’s a fascinating show, though I personally was fonder of the younger brother (played by Ma Tianyu) and I did not really like the older brother (played by Feng Shaofeng, who also starred in Jade Palace, Lock Heart). And, though the ending is a little sad, it’s mostly happy so I’ll place it in the happy ending category. 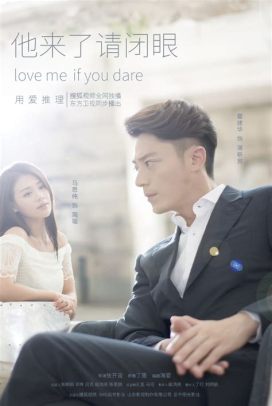 This is Sherlock Holmes (the Benedict Cumberbatch version) meets Criminal Minds. The story follows a brilliant but eccentric criminal psychologist (played by Wallace Huo) and his observant assistant (played by Ma Sichun, also known as Sandra Ma). The romance often takes a back seat to the multiple mysteries and it is both an interesting drama and a fast-paced one. While I didn’t like the romance near the end, the mysteries remained interesting.

This is probably the most well-known Chinese dramas and it’s also my sister’s favorite. Based on a book by Tang Qi, it follows the love story between two gods, who meet in three different lives. Not only is it by far the most beautiful Chinese drama ever made, but it also follows the lives of gods, which is also interesting. Even though the plot is a bit slow, it is such a beautiful drama it is well worth watching! 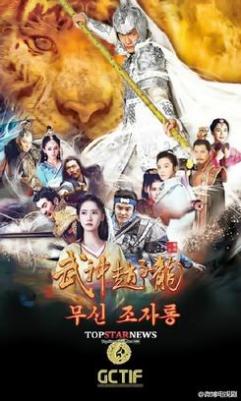 If you like fantasy war dramas, this drama is for you. Loosely based on one of the most famous classical Chinese novels, Romance of the Three Kingdoms, this show follows Zhao Zilong (played by Lin Gengxin), a famous military general of the late Eastern Han and early Three Kingdoms period. There are some great battle scenes balanced with more character-driven moments. Like my previous entry, it is a beautiful drama to watch.

This is the Chinese remake of Korean drama She Was Pretty (which is an amazing drama too). It follows Li Huizhen (played by the gorgeous Dilraba Dilmurat, who totally fails at being ugly), who used to be beautiful but now she is ugly. Her childhood friend Bai Haoyu (played by Peter Sheng) used to be fat but now returns as a handsome and successful businessman. Not wanting him to see her ugly, she goes out of her way to pretend her friend is her and when she finds out he is her new boss, craziness ensues. It’s a comedy and doesn’t have as depressing scenes as many of the historical dramas, so it’s a nice one to end this list on.

So, there are my top 11 Chinese dramas. Have you heard of any of these? Or watched them? What is your favorite Chinese drama? Let me know your thoughts down in the comments, follow my blog for more madness and, as always,

Best wishes in your life full of adventure,

A visit to an orchard and dairy farm. Fall vibes in the air.
Happy Birthday to the queen of Crime, Agatha Christie! These are just a few of her greatest books!
The Unpleasantness at the Bellona Club by Dorothy L. Sayers, originally published in 1928.
Fall moods and reading. I just started David Copperfield by Charles Dickens. His books have such a cozy feel to them!
Classic books which give me massive fall vibes and I'm so ready for fall!
Mini Review: ⭐⭐⭐⭐⭐/5 Stars.