A couple months ago, one of the blogs I followe, Zezee with Books, did this tag and it looked so delicious (pun intended) that I put it on my list of tags to do eventually. But, typical of me, I forgot about it until I was going through the book tags I’d bookmarked on my web browser and found this one. And, since I had no other idea of what to do for today, I figured I’d do this one.

The Silence of the Lambs by Thomas Harris

I don’t read a lot of dark books, mostly because I read books that make me think or make me happy, so dark books aren’t really my thing. However, this one is definitely dark and it is still one of my favorite books. I tried reading its sequel and it was horrible, but this book is a perfect balance between creepiness and coolness.

A Matter of Magic by Patricia C. Wrede

This was one of my favorite books when I was a teen, and it’s still a read that I go back to once in a while for a light read. It’s a romantic adventure set in a magical Victorian era, and it’s got a vibe similar to Howl’s Moving Castle, another one of my favorites. It’s also a pretty quick read.

Red Velvet: a book that gave you mixed emotions 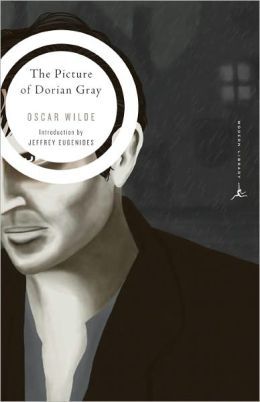 The Picture of Dorian Grey by Oscar Wilde

Where do I start with this book? On one hand, it is exceptionally written and filled with deep, meaningful themes. However, on the other hand, it is a truly horrific story. You are constantly horrified, disgusted, and amused by the insanity of this plot about egotism and one man’s downfall.

Cheesecake: a book you would recommend to anyone

To Kill a Mockingbird by Harper Lee

I usually don’t choose one book to recommend to anyone, and instead ask the person what type of book they like and go from there. However, the one book I would think most people would like is this one. It’s got a childlike feel to it, but it’s also got deep messages. It’s a sweet story, but also a sad one.

Coffee Cake: a book you started but never finished

The Shining by Stephen King

There are quick a few books I DNF, but with most of them I just simply wasn’t in the mood to read them at the time and put them aside for later. Or, if they were really bad, I wiped them out of my memory. But with this book, I was really excited to read it just because of how popular it was. Suffice it to say I was disappointed. I only got a hundred pages in before I gave up. It is one of the most boring, slow-moving books I have ever read. Maybe it got better later on and maybe I’ll give it another chance in a few years, but for now I do not plan to finish it. 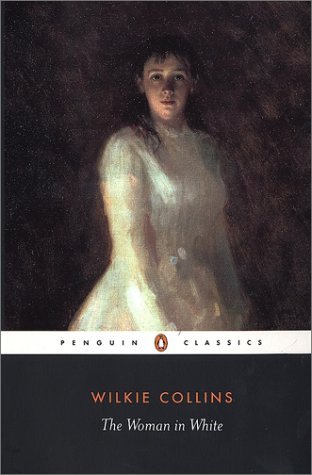 The Woman in White by Wilkie Collins

I read this book for high school nearly a decade back, and I’ve forgotten most of the details about the plot, but it still stands out in my mind as having the most beautiful writing. From the intricacies of the descriptions to the deep understanding of human nature, this book is not only a good mystery but just a beautiful book in general.

Tiramisu: a book that left you wanting more 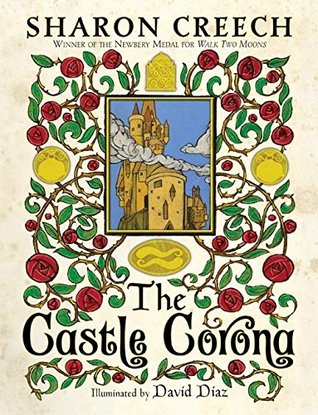 The Castle Corona by Sharon Creech

I discovered this book as a young adult, not as a child, but immediately I had to own it after reading it from the library. It’s got really pretty pictures, but to me it was the story about the strange people living in and around the castle that intrigued me. However, the ending felt abrupt and unfinished. Unfortunately, there was never a sequel and I really wanted to know about happened after the end of the book.

Cupcakes: a series with 4+ books

As a rule, I read very few series. I do enjoy cozy mysteries, though, but I’ve talked about a lot of my favorite books on this blog already. So I thought I’d find one I haven’t talked about. I’m not sure how many books this series has by now (I stopped at around book ten), but the beginning few books of this series are exceptional! The mystery is fine, but to me it is the writing style that really shines, as it sounds like something Jane Austen would write.

Fruit Cake: a book that wasn’t what you anticipated

I was a massive fan of the Parasol Protectorate series by Gail Carriger, so I was thrilled when I heard a series about Alexia’s daughter was coming out. However, this book was nothing like I was anticipating, in all the wrong ways. The plot was boring, none of the characters stood out, and anything interesting was just a re-hash of the previous series. It was a horrific book, and it was so bad that it left a sour taste in my mouth for any other book by Carriger. Maybe in a few years I’ll try another of her series, but not anytime soon.

Have you read any of these books? What are your answers to this tag? I’d love to know your thoughts down in the comments, make sure to follow my blog for more madness and, as always,

Best wishes in your life full of adventures,

Went to Barnes and Noble today and successfully bought 0 books! Really proud of myself! (For reference, I went there to find a book for my senior college research project, but unfortunately they didn't have it)
What book moved you recently? I just finished this book, The Boy, the Mole, the Fox and the Horse by Charlie Mackesy. Mackey said this book is just as relevant when you're eight years old as when you're eighty, and I agree with him. Here are a few of my favorite pages.
New library haul. I've got a Beauty and the Beast retelling, a book on tiny houses, a murder mystery featuring Ebenezer Scrooge. It's perfect!
First day of classes! It's good to be back for my final college semester!
My first library haul of the year, as this year my goal is to not buy any books! Have you read any of these? Do you use your library?
What's your current read? I should be reading other books and instead I'm already 50 pages into this one. Luckily, I have a great reading companion.

Recent Posts: Anne with a Book

New Releases I might check out for the rest of 2021